No Bow Can Wrap This Up

It’s still winter in Queensland. Though we’re now back across the Pacific and across the equator, the scene that flashes across my mind is an unremarkable one. I am standing over the laundry sink, the Queensland sun streaming in the window, scrubbing my daughter’s school socks and cursing the fact that she’s once again managed to embed that singularly Aussie red dirt into the fabric.

It was only weeks ago that I was standing there, but it could have been months. It is summer here in Ohio, everything is lush and green and hot and humid, and my sense of place is still suspended. People ask how it is to be back, and my answer is usually a patchy attempt to explain that, while our plane landed weeks ago, I’m still waiting for my feet to hit the ground. We have flipped seasons and calendars (we left mid academic year and are arriving in time to start a new academic year next month). We have moved back into our home only to find that, though it’s unchanged, our habitation of it has. We’ve reconnected with so many family and friends, and it has been overwhelming to hear and see everything that has changed in the past 18 months. And we’ve only just begun to catch up.

Before we’d left, a year–or year and a half–didn’t seem like long. And it’s not, in fact. It flew by. But you know that expression about not stepping in the same river twice? Well, it’s true. I knew things would change while we were gone (including our own views and experiences), even if I didn’t know how. Neither did I know know how the transition back would go.

While in Australia, I had started half a dozen lists in my head of things I didn’t want to forget. They went something like this:

Things I’ll Miss Hearing:
The Aussie accent. Being called “dahl.” Even, dare I say, the screech and song every morning of magpies, cockatiels, lorikeets, rosellas, and cockatoos. 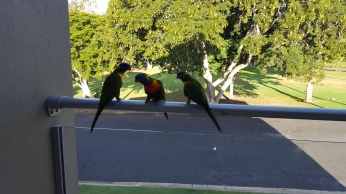 Things I’ll Miss Seeing:
Our friends and neighbours. Gum trees. The ocean. The one-of-a-kind colors of a Queensland sunset sky.

Foods and Drinks I’ll Miss:
Pies. Lemon Lime & Bitters. A really good flat white or mocha being easily available. (I have yet to have a Starbucks coffee since being back, and am in no hurry to reintroduce that brew into my life.) Date scones. The cornucopia of flavour-packed seasonal fruits and veggies, which would require a dedicated blog if I were to name them all. 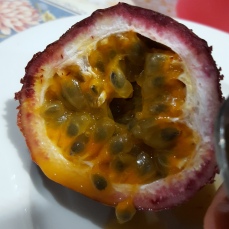 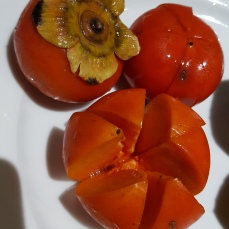 Our Time in Queensland, Tallied:
Our oldest daughter learned to braid hair. We washed easily over 150 loads of laundry. Our younger daughter saw her first movie in a movie theater. The kids went to their first (and second) circus performance. My husband learned about half a dozen new classes of venomous snake bites to treat. We drove thousands of kilometers…on the left side of the road. I read probably 40 books. Our oldest daughter was introduced to the game of Monopoly. Both older kids fell in love with the game of Trouble. I wrote one book, and a first draft of a second. Our younger daughter’s speech went from the toddler speak that only those closest to her could understand to the very precocious–and intelligible–speech of a preschooler. Our oldest daughter fell in love with soccer. We went, most significantly, from a family of four to a family of five. 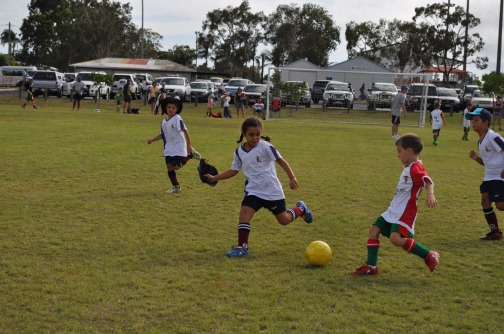 That was there. This is here. Here, when I haven’t been trying to return our home to some kind of physical order or to catch up with family and friends, I’ve been swept up in the political discourse currently consuming the societal psyche. It has, in fact, generated a lot of material for a future blog post. But I’m not ready to go there yet. Not until I can more firmly answer the simple question of how I am doing, how we are doing. Not until I can wake up in the morning and plant my feet on the ground with a solid sense of where I am and what I am meant to do that day.

There is a pair of my daughter’s shoes, shed mid-stride, in our entry way. Along the sides and bottom is a coat of that red dirt, picked up on our last trip, in Uluru. I think about wiping the shoes clean, but I am not yet ready to let the red disappear.