Reflections on life, parenthood, and writing.

This past weekend was Mother’s Day weekend in many parts of the world, including Australia and the U.S. But something about this year was different. Whether it was the fact that both kids were old enough to know what the day was about and to express themselves in their own way, or whether it was the fact that I was experiencing it away from the usual social cues and rituals that surround it in the States, it was just…different.

And eye-opening. The day is meant to celebrate the relationship between mothers and their children, with the myriad of forms the connection can take. Over time, the day’s focus has ranged from highlighting the unique relationship every mother has with her child/children, to highlighting ways in which mothers and their efforts have made the world go ’round. (N.b: I am referring here to the many women who have actually  raised, or are raising, their children. I am not addressing those who, for any number of reasons, did not or are not.)

But as I read Facebook posts of “best Mom ever” declarations, and watched advertisements promising products that will make mothers feel as special as they deserve, I kept asking myself: since when is it not enough to celebrate that motherhood is a unique and, dare I say, mysterious bond?  Since when is it not enough, just this one designated day, for a mother to reflect on the fact that she loves her children fiercely and unconditionally, and that, despite her imperfect parenting and the mistakes she (and every mother) has made, she is trying her best? And for her children to acknowledge the same? When my children are old enough to think about these things, that’s what I want. Why all the superlatives? Is there really a prize out there for Best Mother? Doesn’t that depend on who the child is? Surely we all recognize that mothers and children can have personalities that are better or worse matched. Surely we recognize that, if we are lucky enough to have children, or a mother–or both!–that this, in and of itself, is a precious gift, imperfectly shaped, but a gift to be held and cherished nonetheless.

And why the quest to get the perfect gift for Mother’s Day? I say this hesitantly, as I love presents as much as the next person. But really: are flowers, brunch, jewelry, what-have-you, really necessary (as they seem to have become in the States, anyway)? I sometimes wonder if this drive has been prompted by an expressed desire by many women to feel appreciated. If I’m right about this, there may be many reasons for this desire (a rare opportunity in the busiest social circles to focus on relationships, recognition of a mothers’ sacrifices, etc.), but I think I know what one important one is.

You see, there are mothers that I think of as the “accidental” mothers. I’m guessing we all know (or perhaps are) someone like this: the idea of having a family is lovely, and with hope and nostalgia, it’s something these women go about making plans to have. Family movie nights, reading books at bedtime together, hilarious family vacation memories, messy food fights: bring on the swelling music and grainy photos of laughing families.

What accidental mothers are not prepared for is the sheer difficulty and sacrifice of motherhood. Somewhere along the way, for all mothers, it gets incredibly tough. And in that moment, they realize that they have accidentally stumbled into something much bigger than photos and nostalgia. That moment may be as early as pregnancy. It will almost definitely be during the first few sleepless, wail-filled months (or years). It may be when handling three kids under the age of six. It may be when trying to keep the emotions in check while responding to an angst-filled teenager. It may be sitting in a hospital room, looking at the fragile body you gave birth to hooked up to tubes and machines. The examples are endless. My point is this: motherhood is incredibly, and repeatedly, difficult. And it is my firm belief that plenty of women enter motherhood having no clue what they’re signing up for. And so perhaps Mother’s Day has become, for some among them, less about celebrating the bond they have with their child/children, no matter how accidentally it might have come about, and more about celebrating the fact that they are surviving this challenging journey.

And you’ll pardon my saying so, but I think that’s a shame, and a waste. No matter what we mothers thought we were signing up for–no matter how accidentally motherhood may have entered our lives–it can be such an inexpressibly beautiful relationship, and it is a waste if we don’t take the chances we have tending to that bond with our children. Instead, too often we end up wishing away the time, or wishing circumstances were different. And then the years have slipped by and the relationships have solidified into something far less than they could be.

What’s my point? I’ve been the mother who felt under-appreciated and, shortcomings glaring at me, like a poser. And I don’t want to be there again. I don’t want to expect flowers or presents. I want the day to be a chance to reflect on how we are doing rather than a day spent hearing and comparing who is the most this and best that. None of it matters even half as much as what kind of a story we are building within our own family. It’s there that the memories and music live. And I hope that’s a perspective I never lose.

[Now for those of you who are less interested in my musings and more in our time in Australia, this is for you: this past weekend, we took a day trip to Lady Elliot Island, over the southern part of the Great Barrier Reef. A glass-bottomed boat took us out for some amazing snorkeling. We saw every color imaginable on every shape and size of fish imaginable, and sea turtles, and even a few manta rays. My only regret is that we didn’t have a waterproof camera, but perhaps this absence allowed us to just enjoy the experience a little more.] 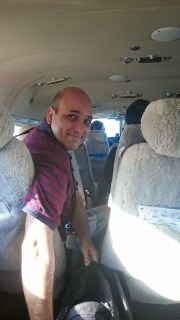 One of the fun little things to do when abroad, as most any traveler will tell you, is to peruse the items in a grocery store. So I’m taking you on a trip to see just a sample of the items in a typical Australian market. Keeping it light this time, folks.

It’s been a very rainy summer. I don’t mind summer rain. In fact, when I was younger, I used to love sitting on the warm cement driveway and getting drenched in the warmth and smell of the rain.

But this summer, I was supposed to be logging lots of hours on a bicycle. And I couldn’t really do that when it was pouring rain, which was often (or at least I shouldn’t do that, as my broken rib from last summer’s ride in the rain will attest). So on a recent early morning, when I saw the sky mostly blue and the sun shining after a night of rain and thunder, I decided to fit in a quick ride before work. About a half hour into it, the rain started. Mind you, it was still sunny. And there was even a beautiful rainbow in the distance. But it was raining, and it continued to rain until I got safely home.

This prompted me to think about all the times we get caught out in the rain, metaphorically speaking. Even those of us who are planners and try to take precautions can find ourselves in situations we had tried to avoid or ones that involve more risk than we’re comfortable with. Those of us who are not planners may get caught in the rain more often, but are probably also more okay with it.

So the question is, which should we aspire to? Avoiding getting caught in the rain? Or training ourselves to be more accepting of those situations in which life puts us without our permission? I’m blessed to have people in my life who embody both these extremes, and the spectrum in between. Their experiences are instructive.

Here’s what I have observed. First, you need to distinguish what kind of a situation you may be entering. “Risking” opening a baby’s diaper without having lots of wipes, cream, and a clean diaper close at hand should you find a blow-out is just plain foolish. For those of you unfamiliar with what a diaper blow-out is, imagine instead packing for a camping trip without taking a flashlight or pocket knife. Careless. But there are people who regularly put themselves in these situations, relying on the preparedness of others, or some other form of luck, to get them through the situation. Or not, and they willingly accept the consequences of this lack of preparation. Extra laundry or washing up, or stumbling in the dark, are not, after all, disastrous circumstances. (Hearing a sound in the dark outside one’s tent and not being able to see what, or who, is making it might be, though.)

Not preparing adequately for a work presentation or job interview, on the other hand, is a more serious situation in which to place oneself. So is dismantling something (a piece of furniture you need, a bicycle you use) without taking steps to remember how to put it back together. And for most people, it doesn’t take more than one or two failures in such situations to learn to be more prepared.

During the first period of a man’s life the greatest danger is not to take the risk.
-Soren Kierkegaard
Only those who will risk going too far can possibly find out how far one can go.
-T. S. Eliot
Risk comes from not knowing what you’re doing.
-Warren Buffett
Once we believe in ourselves, we can risk curiosity, wonder, spontaneous delight, or any experience that reveals the human spirit.
-e. e. cummings
Read more quotes on risk here.